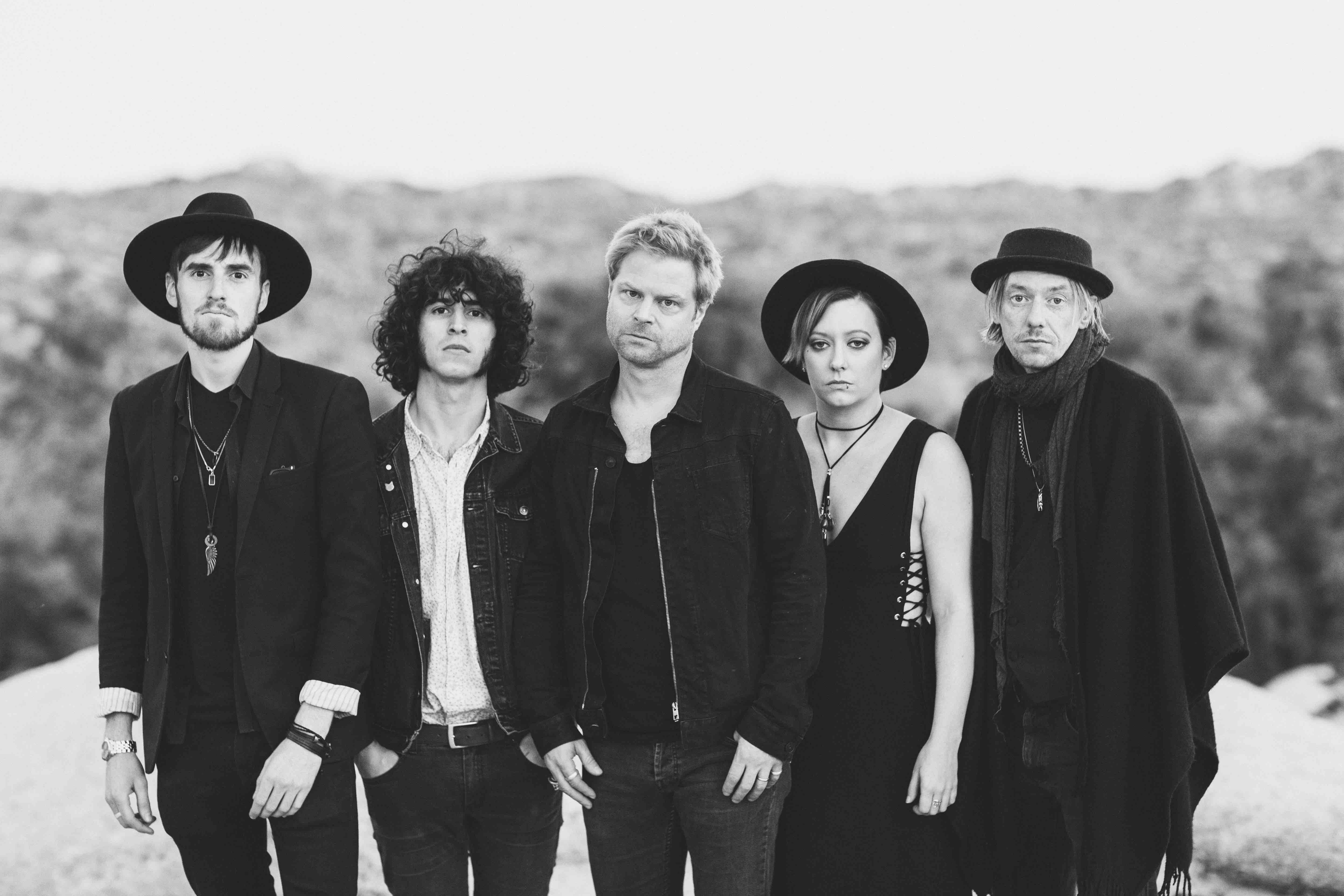 Acclaimed London five-piece Curse Of Lono will release their second album ‘As I Fell’ on August 17th. The follow-up to last year’s acclaimed debut ‘Severed’, ‘As I Fell’ was produced by Oli Bayston (Boxed In) at Rancho V, a remote desert studio in Joshua Tree, and Flesh & Bone Studios in Hackney.

The album is accompanied by a documentary ‘Somewhere In Their Heads’ by Gregg Houston (Noel Gallagher, Two Door Cinema Club, Michael Kiwanuka, Foy Vance), which has been nominated for Best Short Documentary at the Los Angeles Film Awards, Best Cinematography at the Independent Shorts Film Festival, and Best Director and Best Short Documentary at the World Music & Independent Film Festival Awards.

‘As I Fell’ builds on Curse Of Lono’s deeply cinematic blend of harmony-laden Americana and driving, gothic alt-rock. It’s a sound that owes as much to old faithfuls like The Doors and The Velvet Underground as it does to more modern practitioners of the form such as The War On Drugs and Wilco.

Lead single “Valentine” is “about the kind of murderous jealousy that twists you up until you don’t recognise yourself anymore,” says frontman Felix Bechtolsheimer. “The sort of dejection that will make you do things you know you will regret.”

Current single “Leuven”, with its sumptuous string arrangement, recalls the stories Felix’s grandfather told him about growing up as a half-Jew in Nazi Germany and a devastating train crash he survived in 1954 after the first football international between England and West Germany after World War 2. “It was one of the worst train crashes in Belgian history,”says Felix. “My grandfather and his brother were on their way home from Wembley, when their train derailed outside Leuven in Belgium. He told me that he was never able to shake the image of their coats soaked in blood as he and his brother dragged the bodies from the wreck.”

Despite a conscious attempt to close the door on the heroin-related material that has inspired much of Felix’s previous work, ‘As I Fell’ does include a couple of old songs that have patiently waited their turn. The most notable is “And It Shows”, the first song Felix wrote after he gave up heroin and methadone.

“I was only a couple of weeks out of detox, living in a halfway house in Delray Beach. My best friend had passed away a few months earlier, my girlfriend of five years was gone and I was climbing the walls. The only thing I had to cling to were the songs that kept pouring out. Despite my desperate attempts not to go back there, this song wouldn’t leave me alone. Eventually I backed down and gave it another chance. I’m glad I did. It’s a time capsule.”

Joining Felix in Curse Of Lono, who formed in London in 2015, are Joe Hazell (lead guitar and vocals), Dani Ruiz Hernandez (keys and vocals), Charis Anderson (bass and vocals) and Neil Findlay (drums).