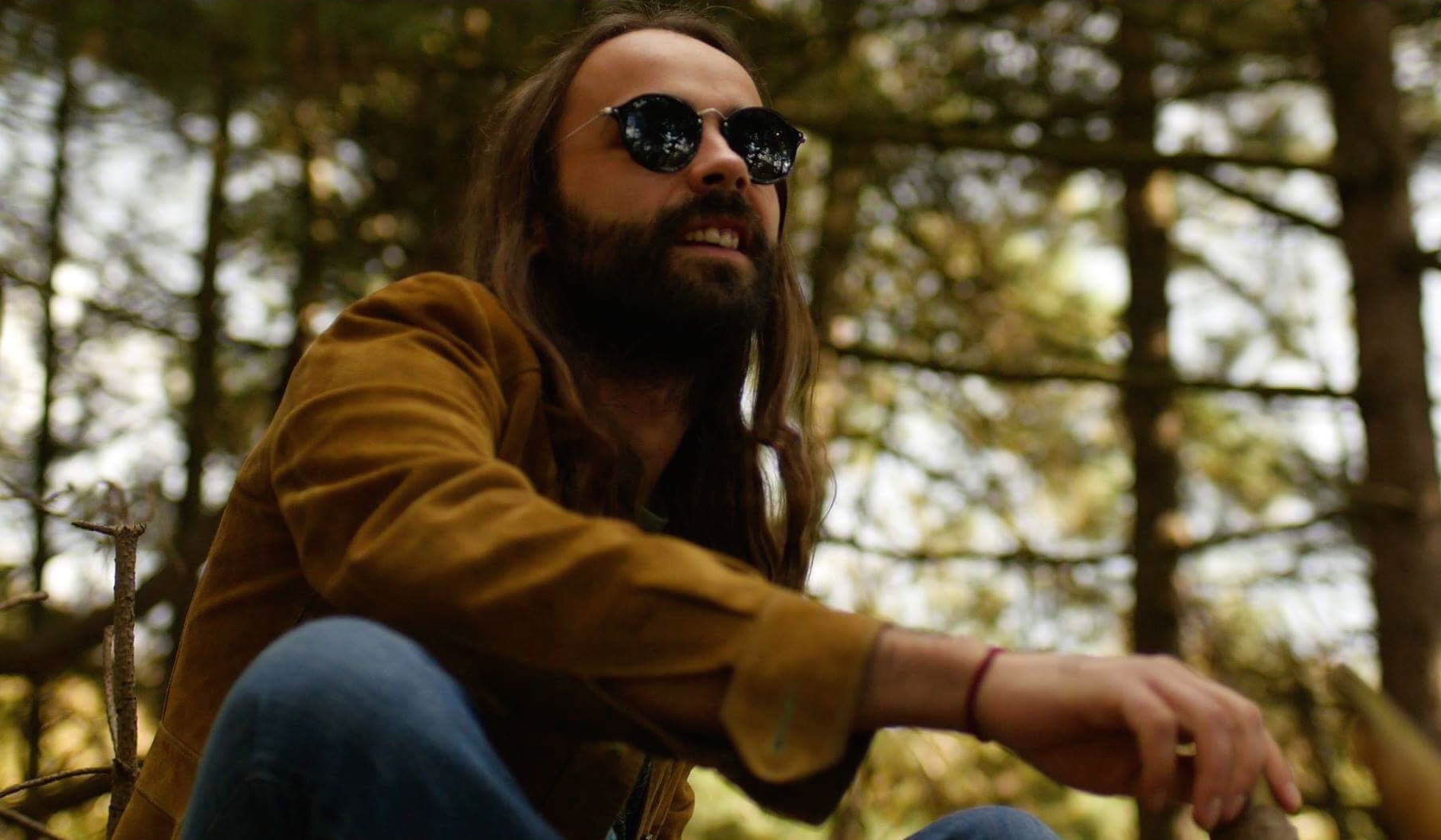 ‘Folk with something behind the eyes’; so the music of enigmatic Marvin Powell, singer/songwriter from the working class suburb of Wavertree, Liverpool, has been described and the depiction couldn’t be more apt for an artist, who cites Neil Young, Simon and Garfunkel and Joni Mitchell as influences. His songs, beautifully crafted capture the same fragile spider web beauty and emotional resonance of those by Nick Drake, Tim Hardin and Bert Jansch, but such is the compelling nature of his eloquent tales, his work is cast in its own image. Marvin is his own man refusing to play covers as a young teen and be another jangly Dylan wannabe. His unique and enigmatic vocals soar and whisper with poetic tales over a backdrop of stylish folk guitar and… between the songs that slide from major to minor.

Marvin has been performing on the Liverpool music scene since his late teens, shyly creeping into open mic nights overcoming severe stage fright to hone his craft and scurrying away again into the velvety twilight of which he sings. As a 16 year-old, on getting his first job in a local coffee shop that hosted acoustic nights, his love affair with music was ignited. Naturally self-effacing and shy, only after months mustering the confidence to get up himself, was he able to overcome his nerves to test the water with his own compositions, “seeing people just get up with a guitar with something to say – something lit up in me. Lyrics and life stories are so important to me – honesty, personal or political.”

He writes about human nature, love and its perils in songs like ‘Buried’, a song so insidiously affecting and charged with dark, inward melancholia it could send a shiver down the spine of the most hardened Nick Drake fan. He’s no stranger to social commentary either, as displayed on ‘China Town’. His music is by turns romantic, cynical and haunted, with lyrics that are borne by an ‘old soul’ writing from a modern urban perspective.

After a song he put up on Soundcloud last year was picked up by a producer at Radio 1 receiving national airplay, Powell’s star has been steadily on the ascent, with appearances with The Sundowners, The Troubadours and intimate performances at renowned music festivals Sound City and Threshold.

Now with a new 4 song EP ‘Salt’ out on Skeleton Key Records and a personal invitation by She Drew the Gun to appear on their forthcoming UK national tour a lot more people are set to discover Marvin Powell’s poetic and intimate tales of ethereal beauty.