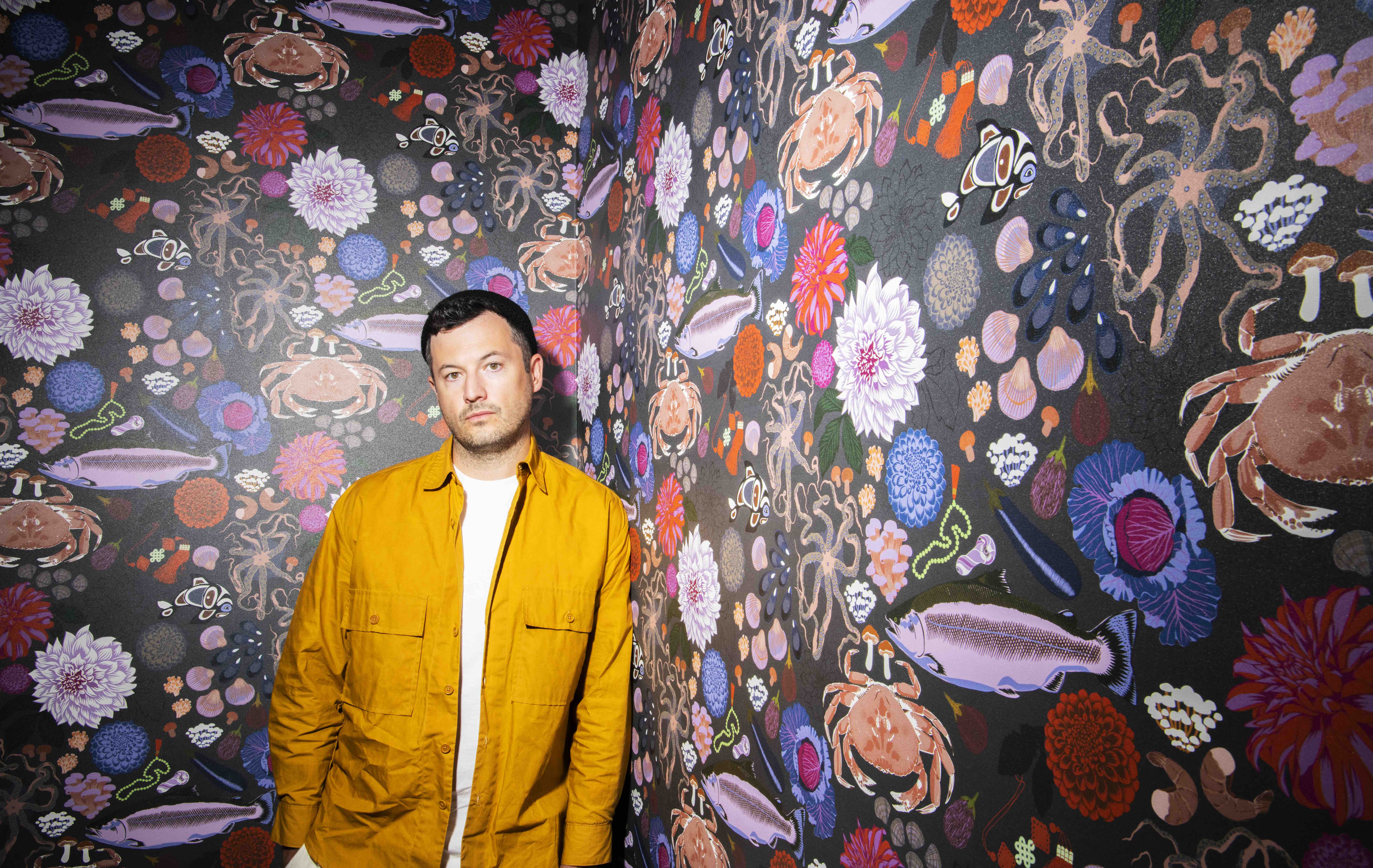 SYML, the solo project of Seattle singer, songwriter and producer Brian Fennell, has announced details of his second album The Day My Father Died set for release February 3 via Nettwerk—pre-order/pre-save here. A new track, “Howling” featuring Lucius, is out today with an accompanying video—listen/share here and watch here. The video, filmed in Montreal, was directed by Benjamin Lussier and produced by Parce Que Films.

“It’s about worshipping your partner, wanting to be saved by their beauty,” Fennell says of the track. “That idea of being insatiable…we’re often told that’s a sinful thought, something hedonistic. But you’re this hurricane of sexuality and fulfilment—being fulfilled by someone else. I love that storm.”

SYML—Welsh for “simple”—makes music that taps into the instincts that drive us to places of sanctuary, whether that be a place or a person. With 9 million monthly listeners on Spotify and over a billion streams in total, his music is resonating all over the world, and the UK is one of Syml’s biggest territories for listeners.

The Day My Father Died finds Fennell telling a story of interpersonal connection and chosen kinship following the death of his adoptive father in 2021. More a document of growth and healing than of loss, the album charts Fennell’s journey to figure out how to move forward after a fundamental and intractable shift in his life.

“The ever-expanding universe will always frighten and delight me, but the truly unbelievable shit happens down here at our human level,” Fennell says. “Losing my dad felt like running out of air. I still feel it in my gut. But this record is not about losing him, it’s about what happens after we have lost.”

Recorded and produced in Fennell’s hometown with fellow Seattle-native Phil Ek (Band of Horses, Father John Misty, Fleet Foxes), The Day My Father Died is his first album to feature a full band. In addition to Lucius, the new LP includes contributions from Sara Watkins, Charlotte Lawrence, and Elbow frontman Guy Garvey, who joins SYML on the haunting recent single “Lost Myself”.

“Working with Phil was exciting, humbling, and memorable,” Fennell says. “This dude has produced some insane records that are beloved by everyone I know. The music that Guy, Sara, Charlotte, and Lucius makes is all beautiful and uniquely their own. I feel fortunate to say that we all now have songs together. Again, I want to say I can’t believe it’s happened, but it has.”

Born and raised in Seattle, Fennell studied piano and became a self-taught producer, programmer, and guitarist. He released his self-titled debut album in 2019, which included the platinum-selling song “Where’s My Love,” followed by the grief-stricken EP DIM released in 2021. After supporting Dermot Kennedy on his most recent U.S. tour in late 2021, SYML embarked on an extensive headline tour of his live album Sacred Spaces, performing in beautiful churches around the world. The tour saw him perform across North America and Europe, including sold out nights in London, Paris, and Amsterdam as well as three dates at L.A.’s Masonic Lodge and Montreal’s Corona Theater. The tour ended with a very special hometown show at Seattle’s St. Mark’s Cathedral, bringing SYML back to where the project began. His music has been featured in countless movies, TV series and ad campaigns including Netflix’s original series “Behind Her Eyes,” which featured his version of “Mr. Sandman” as the title track.