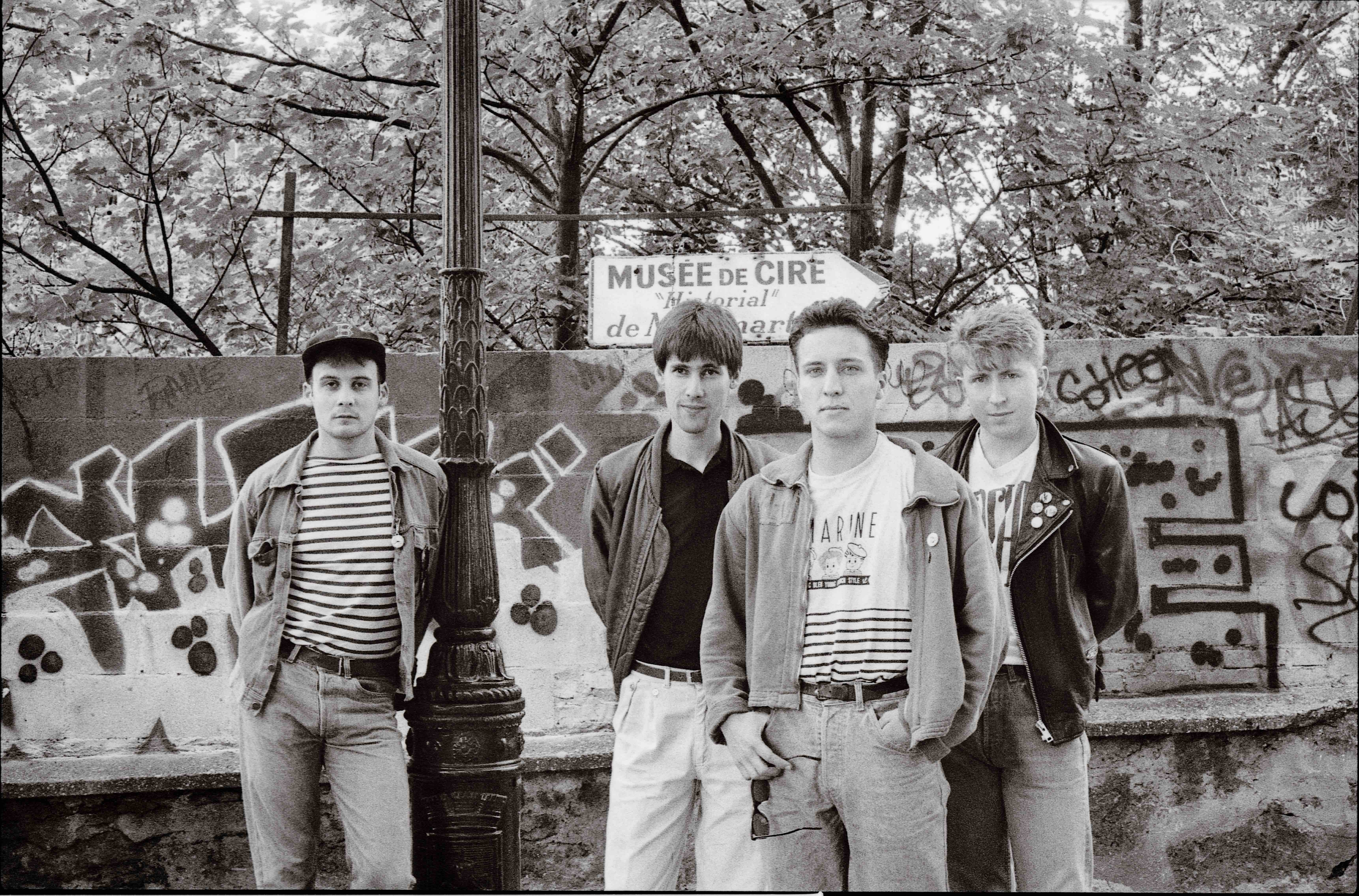 New State Music have released a double CD Special Edition of The Beloved’s rare 1987 debut album ‘Where It Is’. All audio has been remastered from the original analogue tapes and the second disc contains previously unreleased demos. The pack comes with a 12-page booklet with liner notes and previously unseen photos of The Beloved from that era.

Although best known as a pioneering 90s dance/electronica act with hits like “Sweet Harmony”, “Hello” & “The Sun Rising”, The Beloved began in 1983 as a four-piece guitar-based band. Two prestigious John Peel Sessions in 1985 were followed by four independent singles on the now-defunct Flim Flam label. ‘Where It Is’ was a compilation of these singles, initially released as a vinyl LP in October 1987. The album was then released on CD in 1988 as an expanded edition, copies of which now sell for in excess of £100.

At the time the material was recorded the band comprised Jon Marsh (Vocals, Keyboards), Steve Waddington (Guitars), Tim Havard (Bass) & Guy Gausden (Drums), who produced a sound not dissimilar to peers on NME’s seminal C86 compilation. Their first three singles were produced by New Order’s studio engineer Michael Johnson, the fourth ‘Forever Dancing’ was produced by the band themselves.

Comments Jon Marsh: “Delving back to this era has been a pleasure. Our formative years lost in the giddy excitement of later success, now reclaimed as an almost separate identity. The album is 33 years old. Demos dating back 37 years – I was 18 in 1983, two-thirds of my life ago! My friendship with Steve & Tim rekindled through this, all good memories. Let’s see what the world makes of it in 2020.”

CD1 is as per the original CD album with the addition of 3 tracks released on singles but not included on the CD, “Saints Preserve Us’, “Having Fun”, & the Stephen Street remix of “Forever Dancing”, making the album a virtual facsimile of all their early singles.

CD2 comprises 16 tracks. 3 were previously available on a limited edition 7″ with the vinyl album of ‘Where It Is’, 2 were alternate versions of songs on CD1 (from the original vinyl single releases) and there is a 7″ version of “Forever Dancing”. The remaining 10 tracks are completely unheard/unreleased demos from 1983-1987.