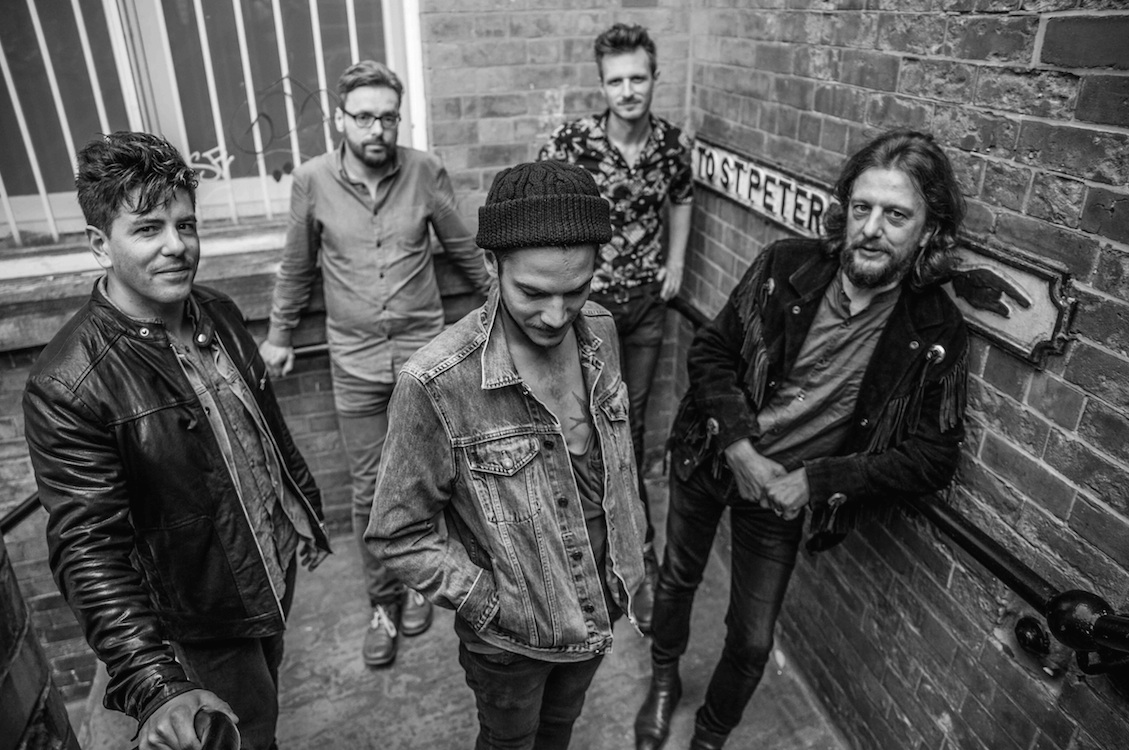 With 2015’s ‘White Water’ and the following year’s ‘Dream Darling’ The Slow Show established themselves as a band who inhabit their own universe. There are antecedents – the exploratory beauty of Talk Talk, the ability to frame a story like Nick Cave And The Bad Seeds, The Blue Nile’s determination not to waste a single note. It all coalesces into something other: unless you’ve heard The Slow Show before, you won’t have heard anything quite like The Slow Show.

As the name implies, songs take their time in The Slow Show, though there’s a fresh sense of immediacy in lead single ‘Hard To Hide’. But this is music built to last. That’s not accidental: singer Rob Goodwin and keyboardist Frederick ’t Kindt spent 18 months honing every note of ‘Lust And Learn’ into shape. Kindt helped establish leading Manchester studio Blueprint and knows the best local strings and brass players, who have helped The Slow Show since the start, while the Halle Youth Choir add the perfect counterpoint to Goodwin’s rich, sonorous voice.

In the three years since ‘Dream Darling’, Goodwin has moved from his native Manchester to Dusseldorf. It was perhaps inevitable that one of The Slow Show should live in Germany, as the band are huge there and in the Low Countries, where they regularly headline festivals and sell out theatres. Changing record labels is part of the band’s determination to make greater inroads back home too, as is their determination to play more shows than ever around ‘Lust And Learn’. “I’ve said before how cathartic our shows are for us,” says Goodwin, a magnetic presence at gigs. “We’re more aware how cathartic they are for the audience too. The things people say to us are so moving. Usually, people don’t ask us about our songs, they tell us how the songs relate to them and their lives.”

Perhaps the best and starkest example of just how The Slow Show move people comes in new song ‘The Fall’. Its evocative sense of peace are the only suitable setting for a song written after a fan emailed the band to say how their song saved her life. She was on a motorway bridge when a Slow Show song came on shuffle. Goodwin recalls: “What she’d been through was terribly sad, but the message she sent ended by saying she was peaceful now, that she was OK. The song is sad and dramatic, but hopefully it will make people feel more peaceful than anxious.”

The stories in Goodwin’s lyrics are stronger and more honest than ever, unflinching in analysing his failings. He admits a debt to author Karl Ove Knausgard, another writer adept at blending fact and fiction. Goodwin explains: “Knausgard’s books blew my mind in so many ways, but from a songwriting point of view it was about how frank he is. He’s brutally, painfully honest. There’s an element of fiction in authors like him, and there’s a balance in our songs as well.”

Throughout ‘Lust And Learn’, Goodwin delivers his stories with care, tenderness, and empathy. On ‘The Fall’, ‘Hard To Hide’ and ‘Exit Wounds’, he is accompanied by Kesha Ellis, whose sparse vocals also featured on ‘Dream Darling’. “The lines Kesha sings are really important,” says Goodwin. “She doesn’t sing too much, but when she does she gives a new perspective to the narrative.”

Rarely has a band created such a powerful, fully realised world from what initially appears such a minimal framework. No matter how gentle the beauty of their songs, The Slow Show are a band worth shouting about from the rooftops.