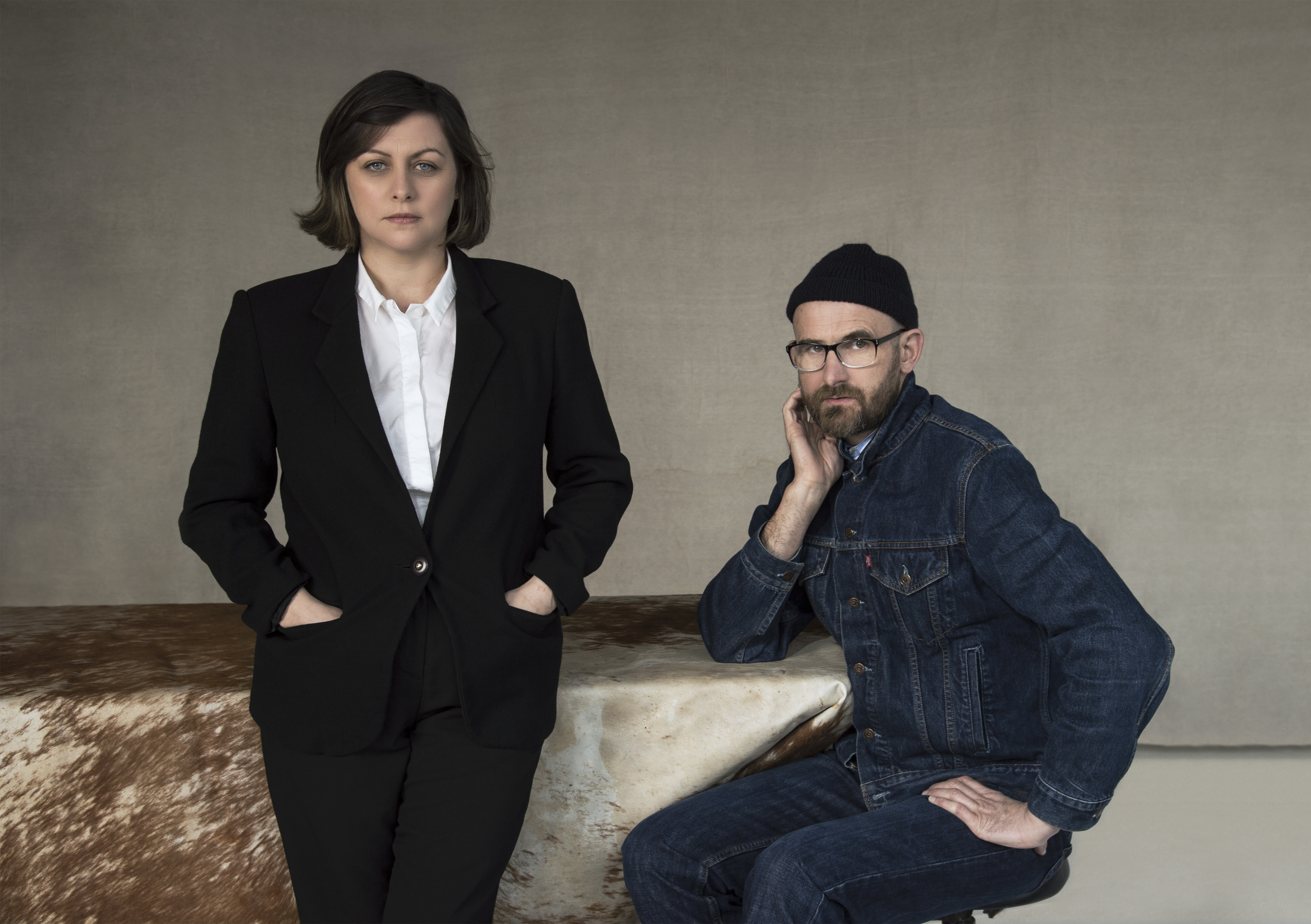 Tracyanne & Danny is a new collaborative project between singer-songwriters Tracyanne Campbell (Camera Obscura) and Danny Coughlan (Crybaby). Their self-titled debut album will be released on May 25 on Merge Records.

The album was recorded at Clashnarrow, a studio in the Highlands of Scotland owned by Edwyn Collins, who co-produced along with engineer and multi-instrumentalist Sean Read (Dexys). Tracyanne describes the album as “Melodic, musical, and murder-y. It’s not a duet record. We’ve tried our best to marry our voices, songs, and melodies.”

Tracyanne Campbell hails from Glasgow, while London-born Danny Coughlan is based in Bristol. The pair were introduced by mutual friends in 2013. Tracyanne dug Danny’s album as Crybaby (released on Helium Records) and invited him to open some Camera Obscura shows in the UK. Mutual artistic respect led to the swapping of song ideas, but tentative plans to work together were set aside while Camera Obscura wrote, recorded, released, and promoted their fifth album ‘Desire Lines’. Following the death of the band’s keyboardist Carey Lander, all band activity stopped. Time passed.

Tracyanne and Danny revisited the idea of collaborating. A pool of songs were honed and crafted. On the suggestion of their manager (and Teenage Fanclub drummer) Francis Macdonald, the album sessions took place at Clashnarrow, where they had the use of Edwyn’s vintage gear (including the guitar pedal which features on his global hit ‘A Girl Like You’). The pair invoked a range of shared influences: The Roches, Dion, Lou Reed, The Flamingos, Serge Gainsbourg, Santo & Johnny, and The Style Council. Edywn pops up with a guest vocal on first single ‘Alabama,’ an intentionally “joyous” tribute to Tracyanne’s late friend and band mate Carey Lander.

Tracyanne & Danny is not a diverting curio or a wee stop on the road to someplace else. It is a shared artistic aesthetic, forged over time.  They have figured out how to fit round each other and work together, creating a rewarding musical synergy. There will be more songs.