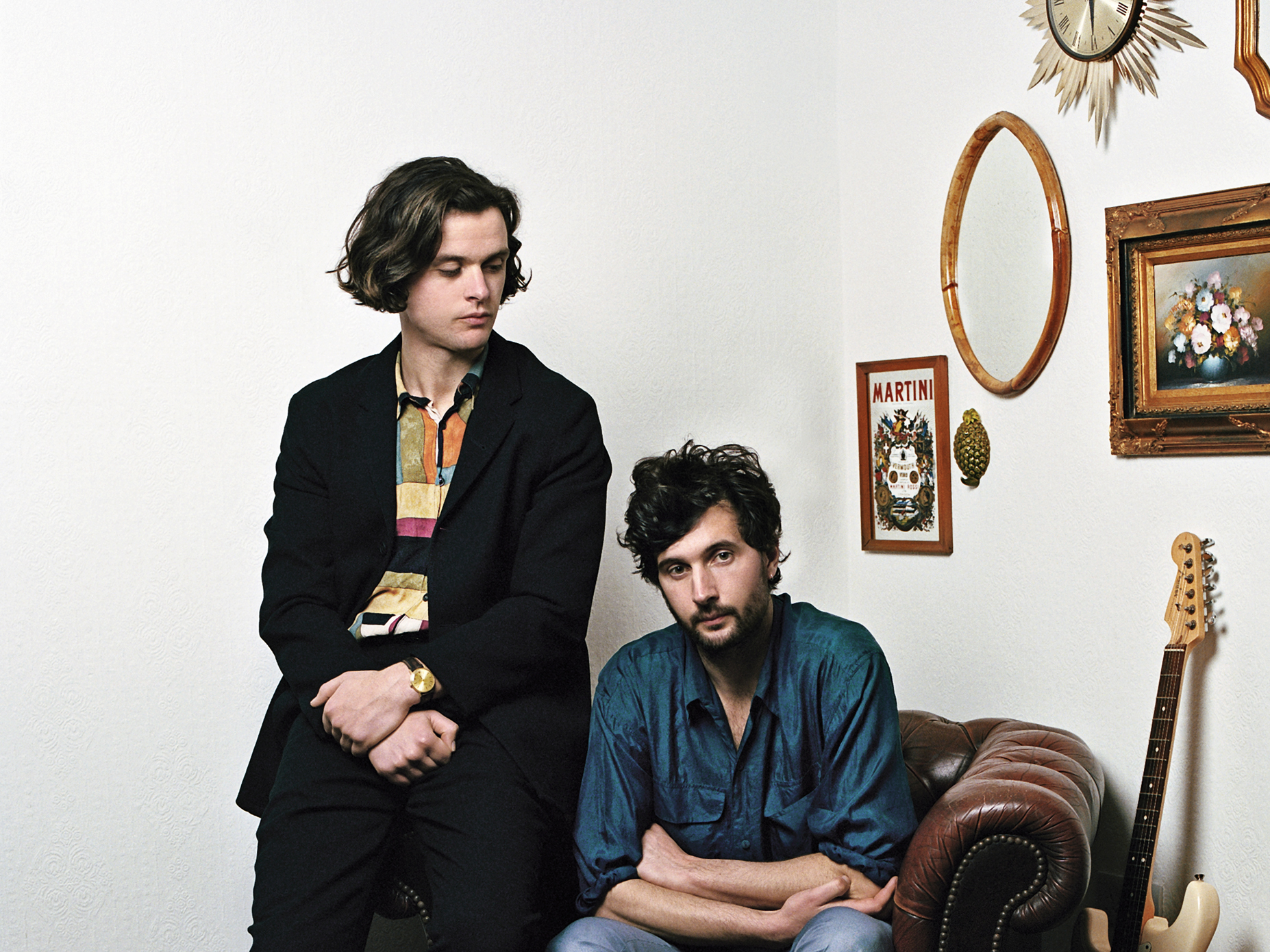 Acclaimed Isle of Wight duo CHAMPS are back with “Adeleine”, their first release since their 2019 album The Hard Interchange. A unique combination of cool minimalism and evocative Americana, it’s the first glimpse of the duo’s forthcoming yet-to-be-announced fourth studio album due out in 2023. The song’s powerful sense of nostalgia lies as much in its vowel sounds and melody as in its lyrics.

“‘Adeleine’ was written in an attempt to capture a timeless melancholy,” explains Michael Champion. “Born of a yearning for simpler times. Phone-less times. Something for the ages but something too for all the ages. More an ideal, an emotion, or a picture than a reference to anything specific. Adeleine is a fictional spirit riding across the parameters of human boundaries. Feeling dead lonesome but enjoying the reflective haze of sunshine on a reservoir. Dim reflections of a dying late-night dive bar, its flickering neon sign reflected in the puddles of a metropolitan side street. Where Adeleine may travel, and what they might find is limitless.“

Musical siblings have a magical quality – they share the same influences, paint from the same sound palette and trade ‘goosebump’ moments back and forth with a kind of easy telepathy. Michael and David Champion have been playing together since they were kids, as you’d expect, and they’re veterans of the Isle of Wight’s exceptional music scene: Michael fronted buzzy indie band The Shutes, and he recently contributed bass to the debut smash by fellow islanders Wet Leg.

Island life, and a childhood steeped in the music of Laurel Canyon, formed a sensibility in the brothers that makes them, in sound and aesthetic, more like an American band: “We’ve never really considered ourselves a ‘British band’,” says David. “Our music has always felt transatlantic. It’s driving music, big scenery…”

The Champion brothers formed CHAMPS in 2012. The dynamic duo has since released three studio albums; Down Like Gold (2014), Vamala (2015), and The Hard Interchange (2019) receiving critical acclaim from mainstream press and indie tastemakers alike. The Guardian praised their “highly effective pop” in a 4-star review of the second album, while The Line of Best Fit admired a debut which “pays homage to the godfathers, performed amid the disco balls of a train hurtling through time” (8.5/10). The Independent, Ones to Watch, FLOOD, Q Magazine, BBC Radio 6 Music and many more have also enjoyed the duo’s “dazzling” (MOJO) display of writing, but even now, in their new material, it feels as though this is a band who have really hit their stride.

CHAMPS have toured with the likes of Alt-J, Lord Huron, and Wolf Alice and have built a global following with their beautiful delicate harmonies, heartfelt lyrics, and pop-rock melodies.