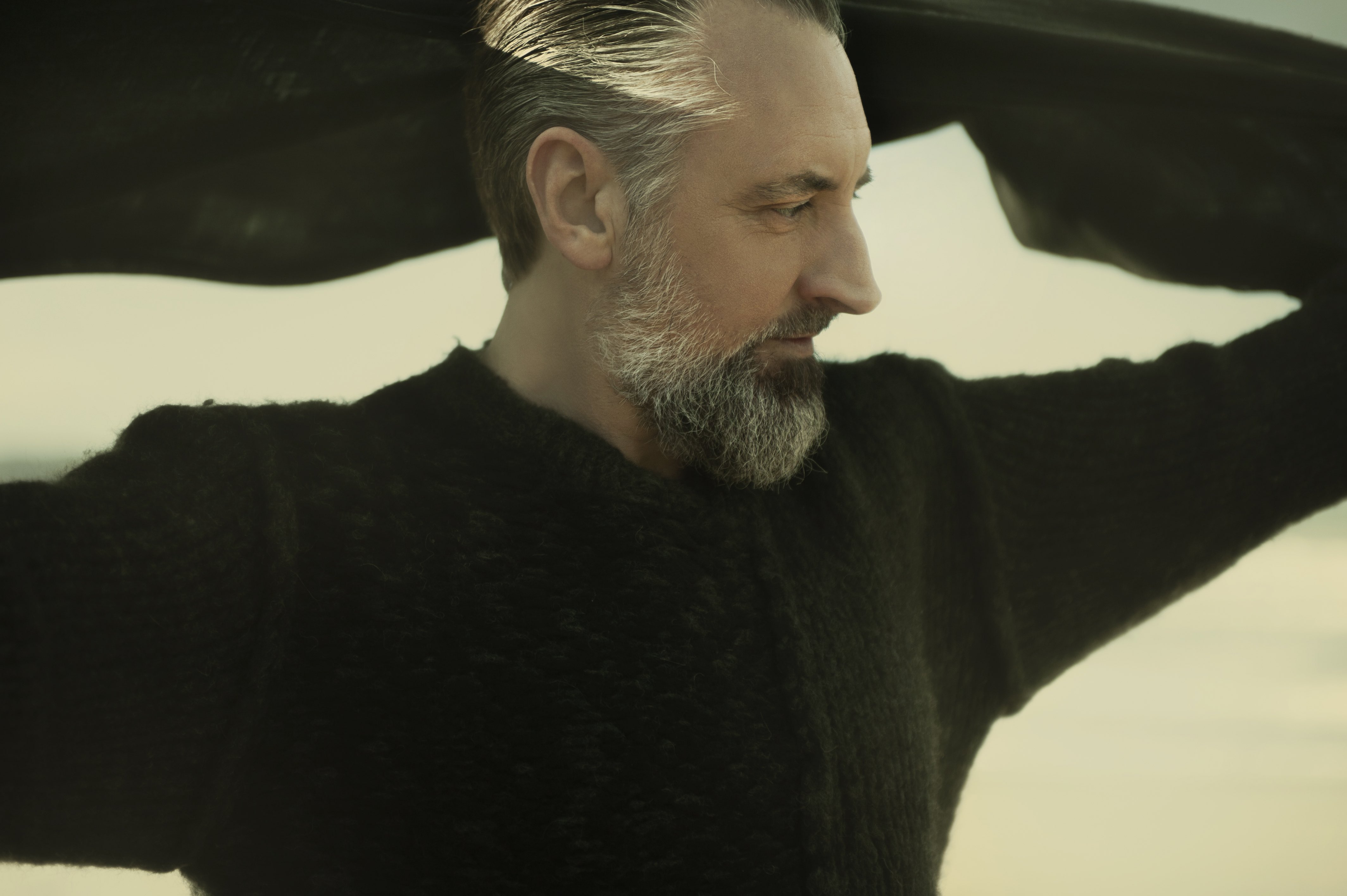 Fink returns with ‘We Watch The Stars’, the first track to be taken from the acclaimed artist’s seventh studio album due later this year, co-produced with Flood. The single received its radio debut on BBC 6Music as Lauren Laverne’s ‘While You Were Sleeping Track Of The Day.’

“‘We Watch The Stars’ is the first track I recorded for this new record,” says Fin Greenall (aka Fink), from his recording studio in Berlin. “I have always loved the image of stars blossoming, because of the ephemeral nature of our experience with them. It’s almost seasonal – we only get to see them at night. Every night they’re the same and yet every night it’s a different experience.”

“I pictured myself on my back in my parents’ garden in West Cornwall – watching the stars come out as the sun goes down – and wrote the song from there. It was a challenge to musically score the universe blossoming above you. so I called upon my very talented friend Tomer Moked, who contributed a variety of sounds including piano, viola, violin, Prophet 6, Kamancheh and Moroccan cymbals. Tomer and I basically scored the final movement in one, hot, rapid session in Berlin. We just got on one and rode the track home in a day, including the first live takes of my vocals and guitar. Not having any kind of rhythm in the track initially was important to me – something about the randomness and organic-ness of nature I guess – but then the second half is tethered by rhythm, channelling the rules and regulations of the universe in some pulsating, hypnotic, and mathematic sense. The uber-talented Nicky Hustinx, who has drummed with Fink many times in the past, worked on this aspect of the track with Tomer and I.”

The original full-length version of ‘We Watch The Stars’ is an epic 8-minute long musical journey, and is accompanied by a single edit, a starkly honest and intimate ‘Berlin Session’ version – with original bandmates Tim Thornton and Guy Whittaker, and a cosmically ambient Horizontalism instrumental remix.

Fink will follow a solo acoustic tour of North America through September and October with a full band tour of Europe, including a date at London’s Roundhouse on November 16.