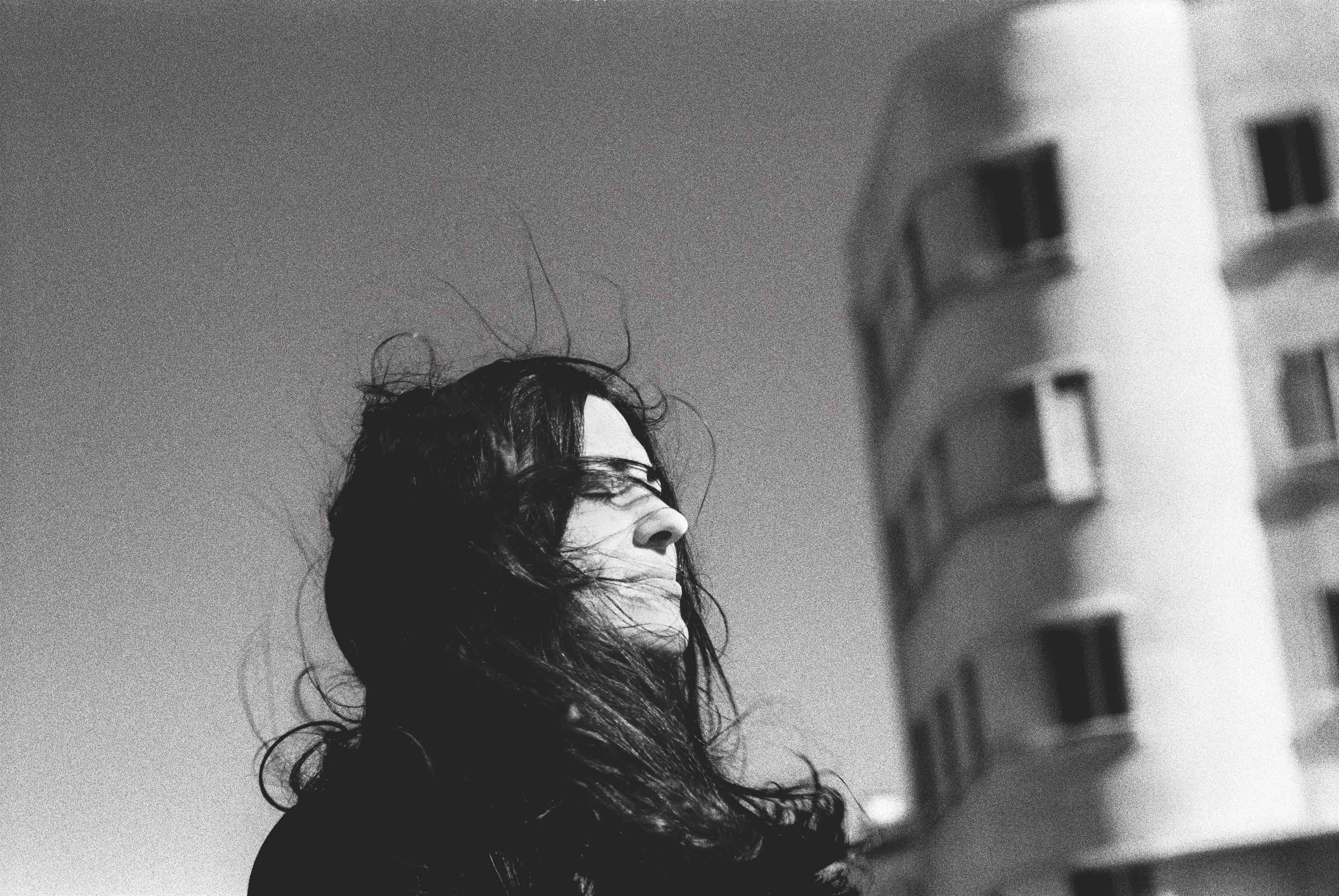 British-Lebanese singer-songwriter Nadine Khouri has announced details of her second album Another Life, to be released November 18 on Talitres and available to pre-order via Bandcamp, Talitres and Digitally. Recorded in London and Bristol with producer John Parish (PJ Harvey, Dry Cleaning), the album extends a collaborative partnership that began with Khouri’s acclaimed 2017 debut The Salted Air.

Available now is the album’s sublime lead single “Vertigo”, written following events in Nadine’s native Lebanon. “2020 was a period of upheaval around the world; in the case of my country of origin, those events were cataclysmic,” she explains. “The demonstrations in Beirut following the devastating port explosion on August 4th were definitely on my mind when writing the song.  On the whole, I wanted this record to sound more direct than the previous one; though there is a lot on there about being in a liminal place, between past and present, presence and absence.”

Adds John Parish: “Nadine’s voice is undeniably beautiful. But as well as beauty, there is an intimacy that makes her images come alive, and a gravitas that focuses her anger, particularly when directed at the corruption she sees in her homeland.”

Having left Lebanon in the civil war as a child, Khouri harboured an unlikely dream of becoming a rock n’roll singer, after discovering Elvis in her parents’ music collection. A self-taught musician, Khouri began her career as an acoustic singer-songwriter in New York City, before moving to London and being discovered by Parish. Her debut The Salted Air was hailed by MOJO as “a thing of dark possessed beauty” in their four-star album review, celebrated by Q as a Critics Choice record, and selected as one of Rough Trade’s Albums of the Year in 2017. The following year, Khouri toured with Low throughout Europe, also performing with Aldous Harding, Josh T. Pearson, This is the Kit, and more.

Fans of Khouri’s music so far will recognise her distinct and minimalistic approach to both vocals and music alike: the serene, dreamlike quality to her songs, suffused with otherworldly, beatific textures.  Another Life offers a delicate rearrangement of Khouri’s earlier sound however – the sparse, acoustic production of her first album is replaced with a more naturalistic approach. Parish and Khouri have not left minimalism behind, but have instead made the most of every element, with carefully curated space providing depth, where there might otherwise be emptiness.  Sonically, the album is set to a shifting sonic tapestry, taking in blues, fragile drum machine rhythms and sun-bleached 1970s Laurel Canyon rock.  Though the record finds Khouri uncertain of her place in the world, her music has never felt more assured or precise.

Parish agrees; “I think Nadine has grown in confidence, and this led to a more focussed recording than the first album – which I still love by the way!”

Another Life frequently touches on that which has been lost – from life in a pre-social media world, to a city that no longer looks the same, or the ghosts of those left behind (the late, great Canadian singer Lhasa de Sela is also referenced in tribute.) “When the pandemic happened and I was stuck between four walls in London,” says Khouri, “it was hard not to start excavating the past – people that I knew that are no longer with us, lives I’ve lived that seemed lost or far from me. I was writing so that I wouldn’t forget a lot of things for good.”

In Another Life, Khouri has captured these thoughts and memories, finding universality in her singular experience. The album closes in Marseille, which acts as something of a metaphor for hope.  A key port for immigrants who have crossed the Mediterranean seeking a better future, Khouri has found herself spending more time in the city, seeking a more anchored life in a post-Brexit world.  In the album’s final song, ‘Box of Echoes’, the narrator walks the streets of the city and reflects on the memories that he carries with him. “I traded everything to be here,” Khouri sings, “I left everyone I held so dear.”  Finally, she begins to turn the page to a new chapter, reminding us that she will never fully leave behind the lives that have led her to this point.