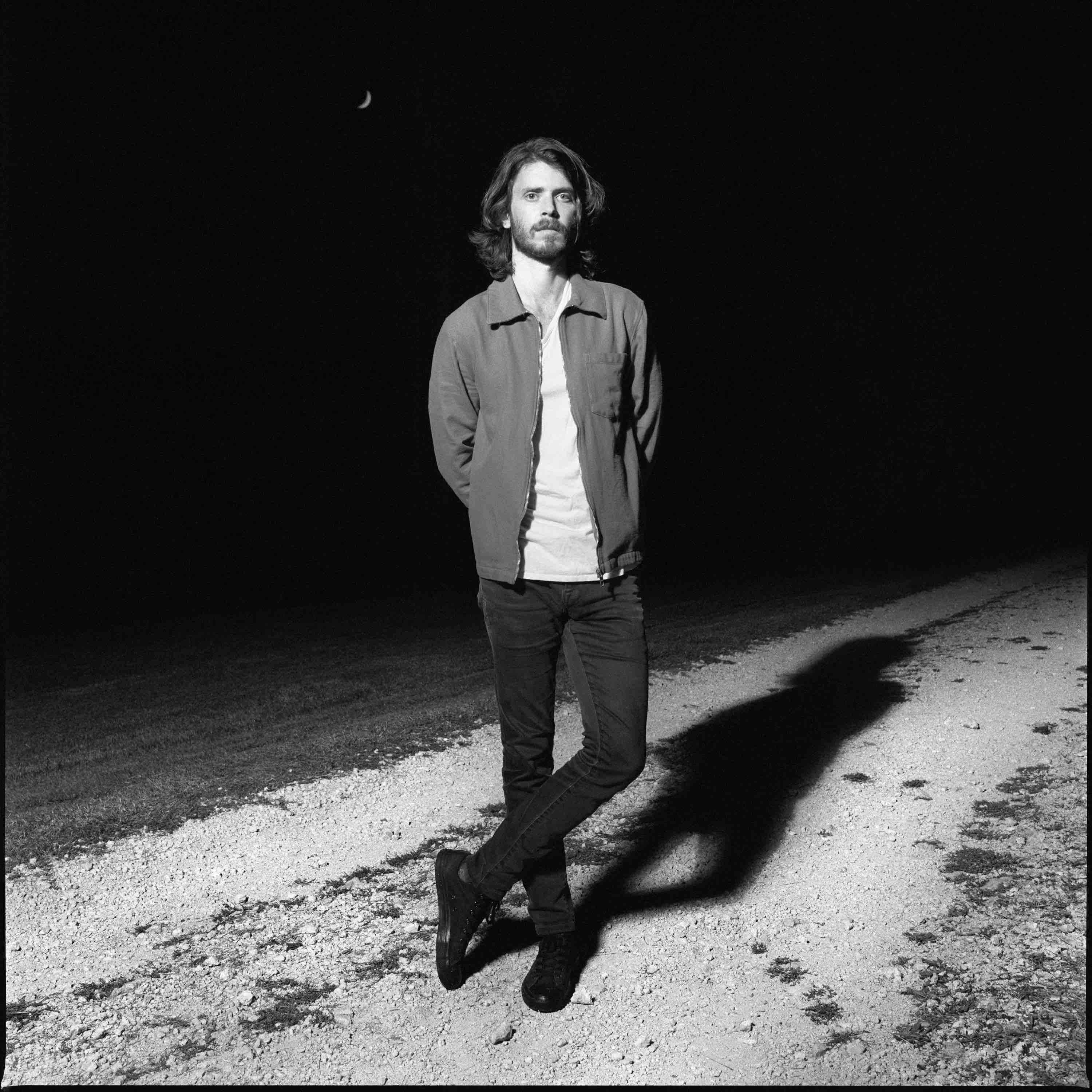 Life happens between all of the changes around us. We adapt to the ebbs and flows in our environment and ultimately grow in the middle of major milestones. Old Sea Brigade documents the space between those changes in his songs. Atlanta-born and Nashville-based singer, songwriter, producer and multi-instrumentalist Ben Cramer captures anxiety, nostalgia, confusion, love, loss, and, ultimately, hope in tender true-life snapshots colored by folk eloquence, Americana bliss, rock energy, and country heart.

He welcomes everyone to flip through those snapshots on his 2021 second full-length offering, Motivational Speaking, available May 16 via Nettwerk. “The songs are like little movies of my life,” he explains. “Motivational Speaking revolves around change and dealing with the fact that impermanence is inescapable.”

Like any timeless scrapbook, the album evolved as a living and breathing entity over the course of the past two years. Before that, Ben initially debuted Old Sea Brigade in 2015 with his self-titled independent debut EP. It yielded “Love Brought Weight,” which gathered over 41 million Spotify streams and counting. After the Cover My Own EP and Songs for the Holidays EP, he unveiled his 2019 full-length debut, Ode To A Friend. He garnered praise from Boston Globe, UPROXX, Glide, and No Depression and hit the road with Julian Baker, Joseph, Lewis Watson, and Luke Sital-Singh. He developed an undeniable chemistry with Luke that carried over to the studio as they teamed up on the collaborative All the Ways You Sing in the Dark EP. With both musicians off the road due to the Global Pandemic, they chose to unveil the project in 2020, and it generated nearly 3 million streams in the span of a few months. In addition to acclaim from American Songwriter, Atwood Magazine claimed, “Old Sea Brigade and Luke Sital-Singh have struck gold on their soulfully soothing new EP.”

“Once the record was mastered, I stepped away, listened to it at the start of the quarantine, and felt like it wasn’t quite finished yet,” he admits. “I went back, reworked the mixes with Owen, and wrote more songs. I knew the record couldn’t (and shouldn’t) be perfect, but I wanted to take advantage of the extra time I had due to the pandemic shutting everything down. I felt like I had a really good rough draft but wanted to see if I could make it better. I also came back to the record refreshed after writing and recording with Luke. That project was very inspiring to me, and I feel like it allowed me to clear my head a bit and refocus my energy on this record.”

He initially teased the album in late 2020 with “Caroline,” where delicate strumming and strings conjure a gorgeous daydream. 2021 was kicked off with the single “Day By Day.” A kinetically steady beat from Julian Dorio [Eagles of Death Metal, The Whigs] courses underneath a nimble riff as his full-bodied delivery gallops towards a floating hook, “I think of you growing old and it breaks my heart.”
“It deals with anxiety, always being on the move, and feeling a bit unsettled,” he says. “I wanted it to be very intense. It’s the most upbeat, loud, and chaotic song I’ve written and produced for myself. It’s a stark contrast to other things I’ve put out. In some ways, I’m trying to break out of the ‘acoustic singer-songwriter guy’ thing.”

Conceived as his first composition during the COVID-19 quarantine, “American Impressions” conjures up a “fantasy of living the ‘California Dream’ with someone” over sunny acoustic strumming and ethereal overtones. Co-written with Sital-Sing over ZOOM, “Mirror Moon” offsets lush electric guitar with a chantable refrain.

Lyrically, it’s a reminder to myself, ‘Don’t get too comfortable’. On the record, I speak on building roots. Some of these roots are tied to relationships, some are tied to places you live. ‘Mirror Moon’ explores building roots and the effect change has on them. Metaphorically speaking, you look at the moon and expect it to be there. It’s the same as when you’re in a relationship and have people you can count on. What happens when that splits in two?”

Strains of mellotron swell through “Salt,” which maintains the distinction of being “the first Old Sea Brigade song to feature banjo.” Meanwhile, “How It Works” relays the story of a snarky industry encounter with a gleeful grin.

In the end, Motivational Speaking collates the kind of memories and feelings we all could use a little more of right now.
“Maybe the album can be a small distraction from the chaos of the world,” he concludes. “I want it to be a journey where you feel refreshed by the end. I hope this album grows into something people can attach to a certain time in their lives and come back to. The same way I look back on my favorite records and can remember the people in my life at those moments.”

Motivational Speaking is released May 16 via Nettwerk